The future of converging digital technologies and manual craft: a research project with Material Architecture Lab at The Bartlett. 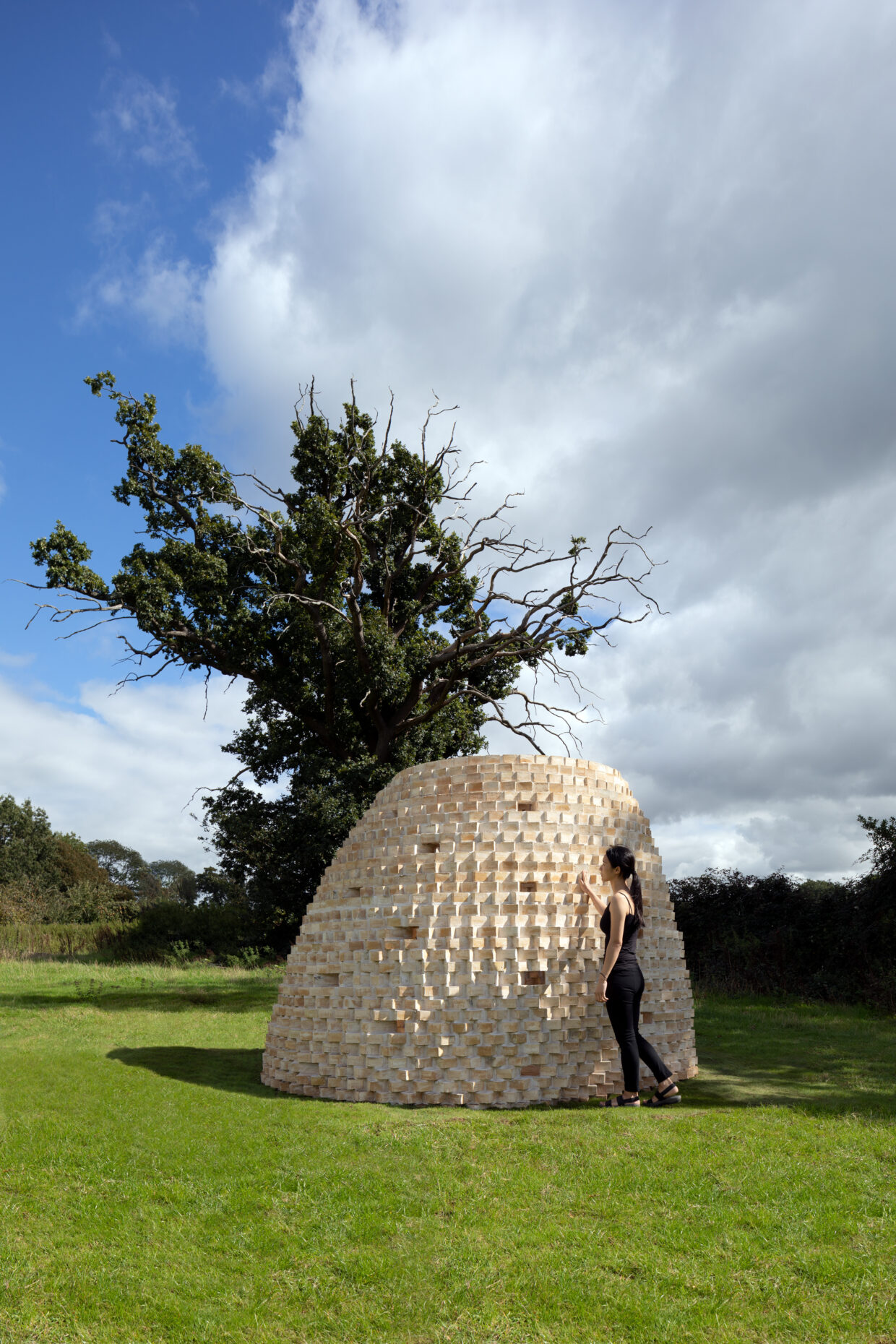 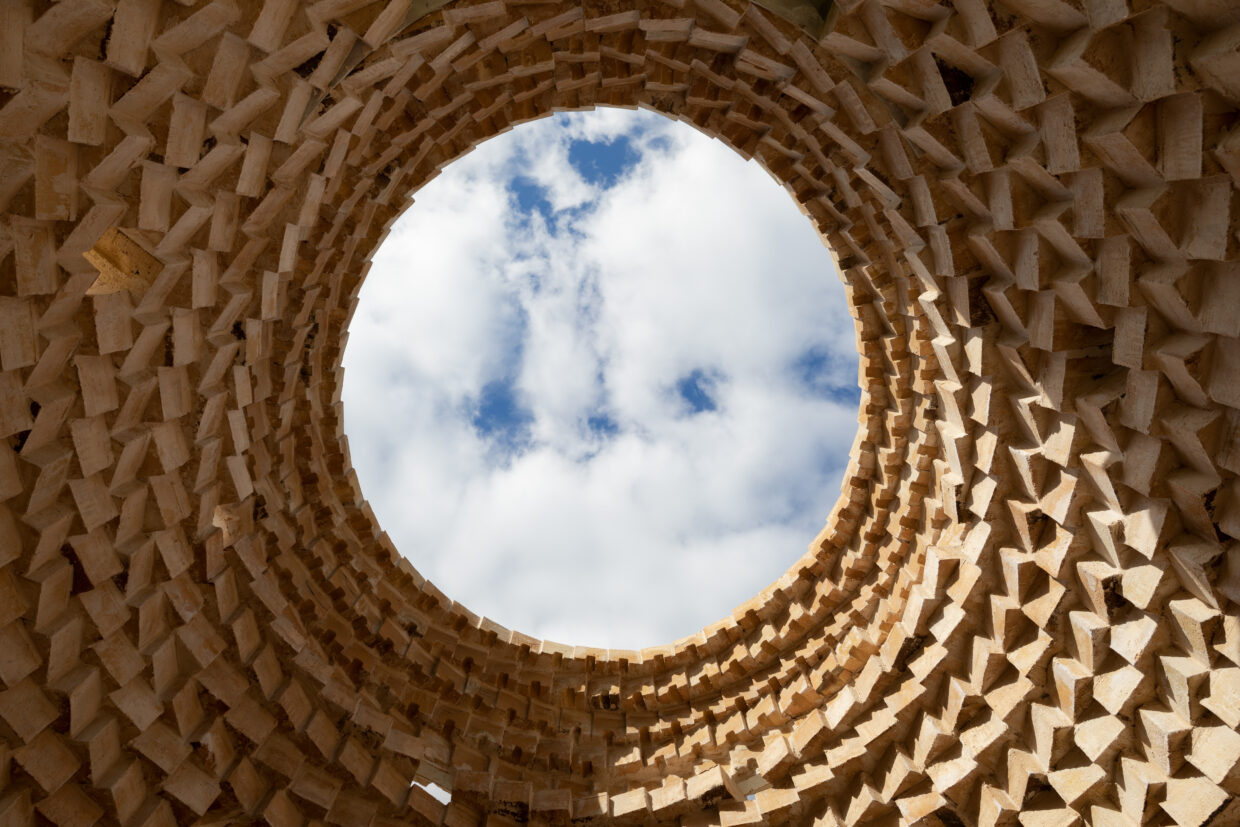 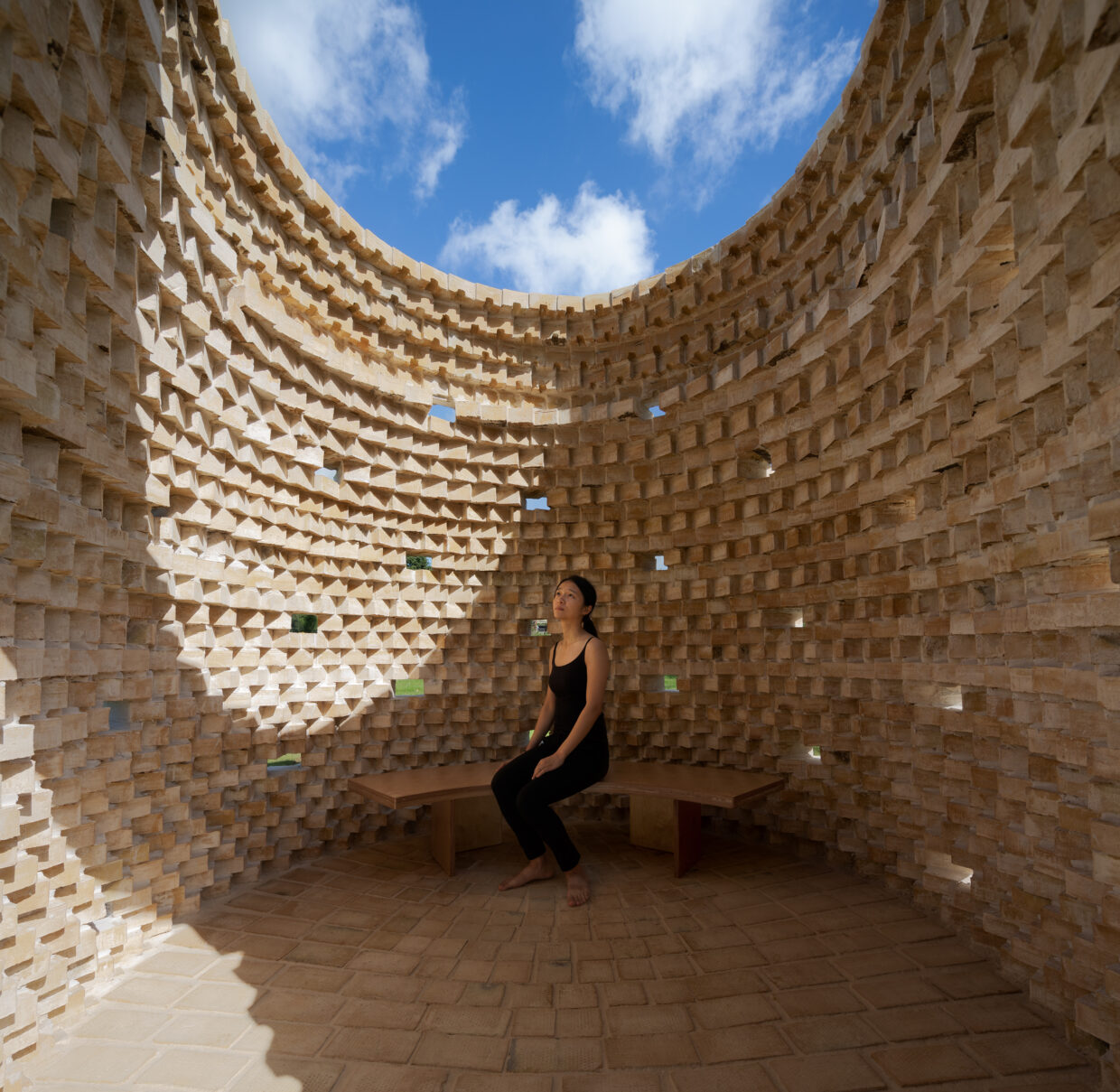 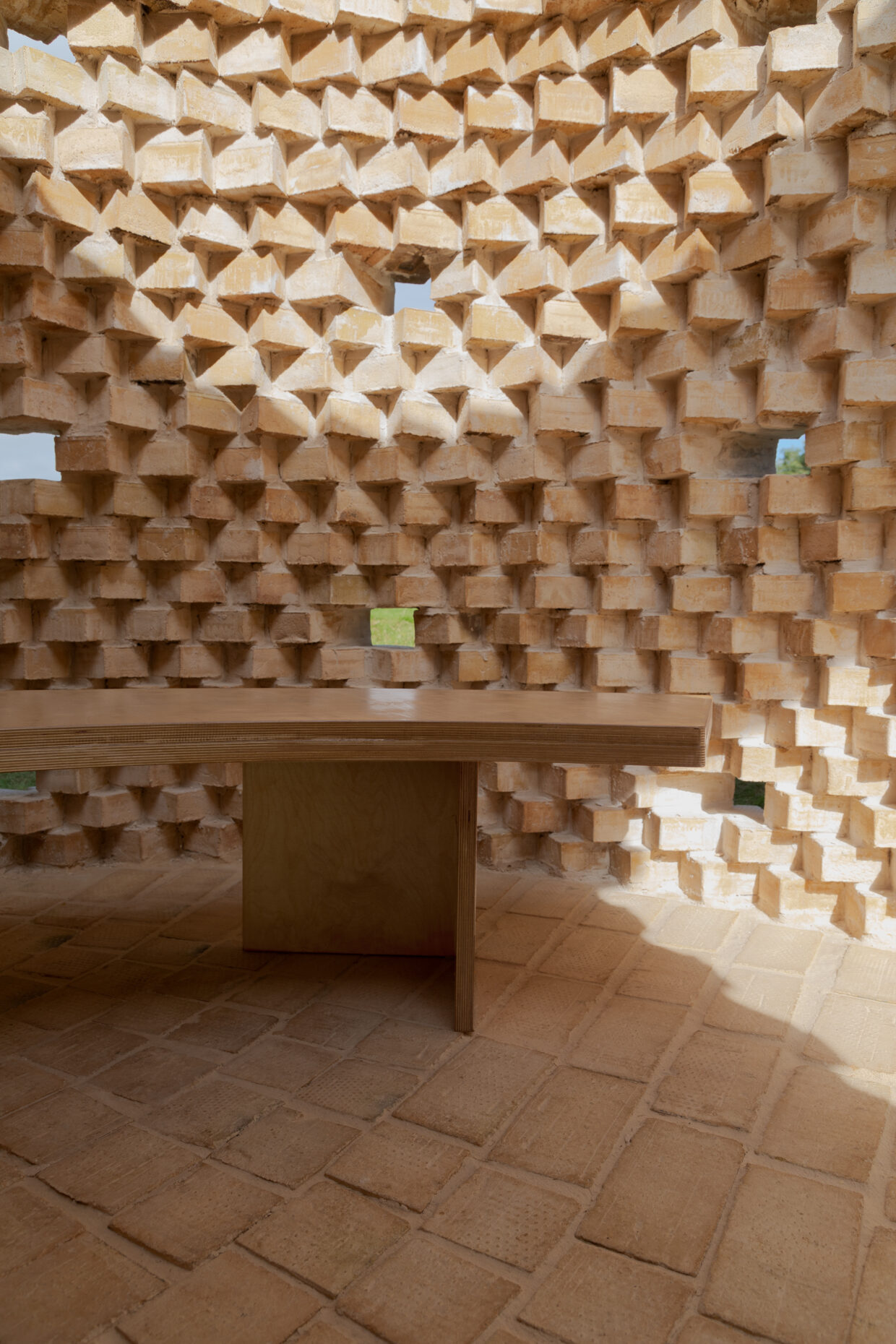 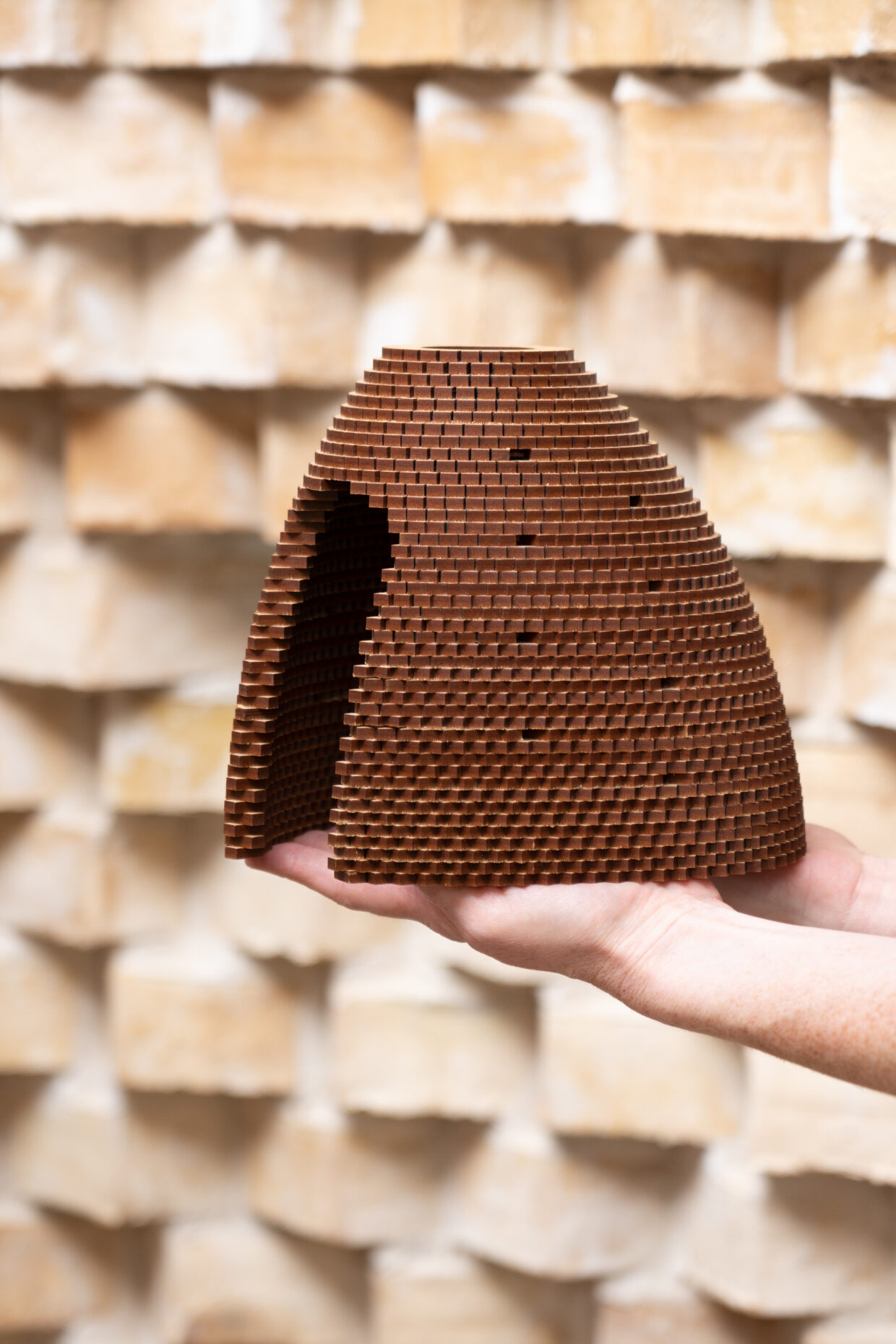 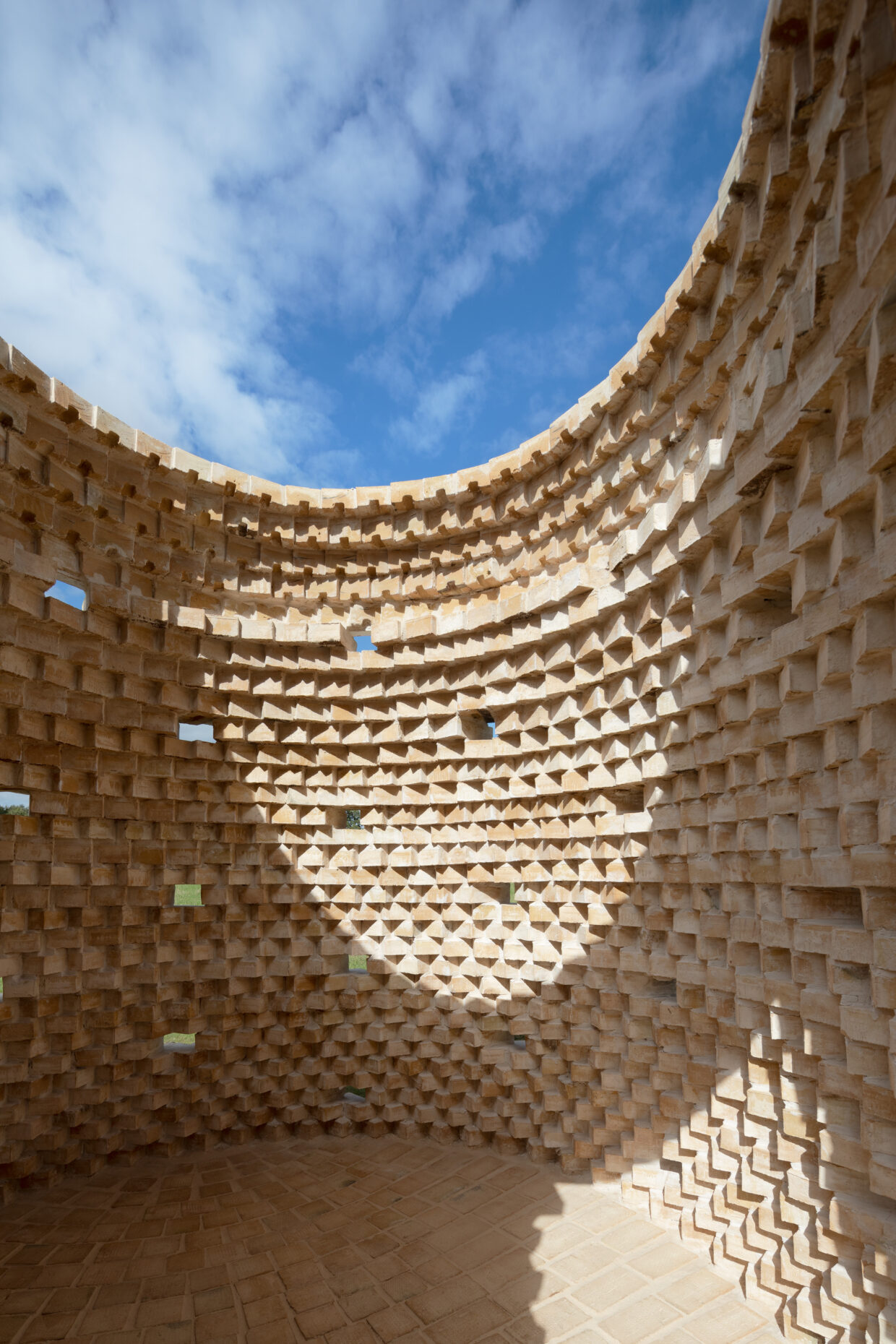 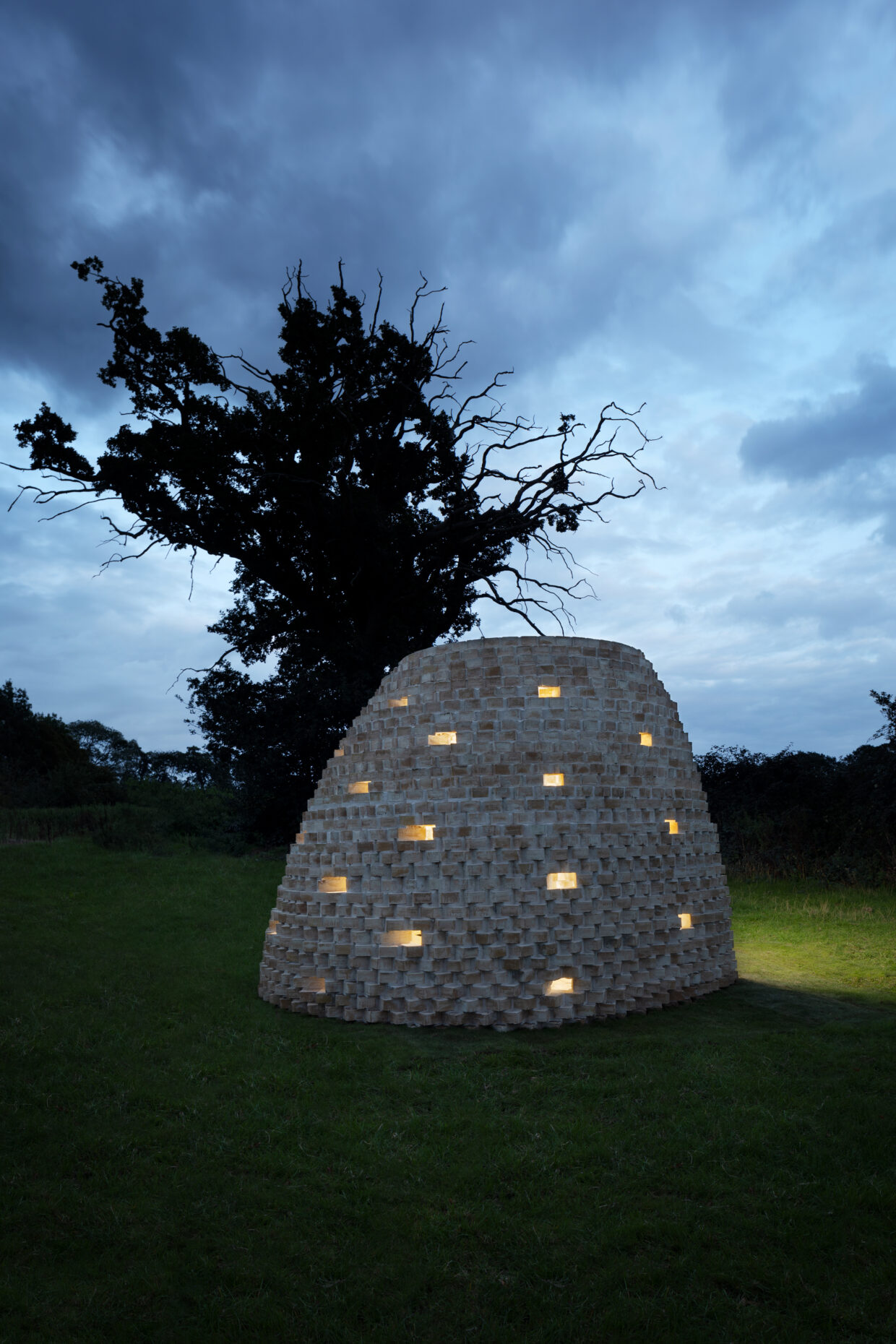 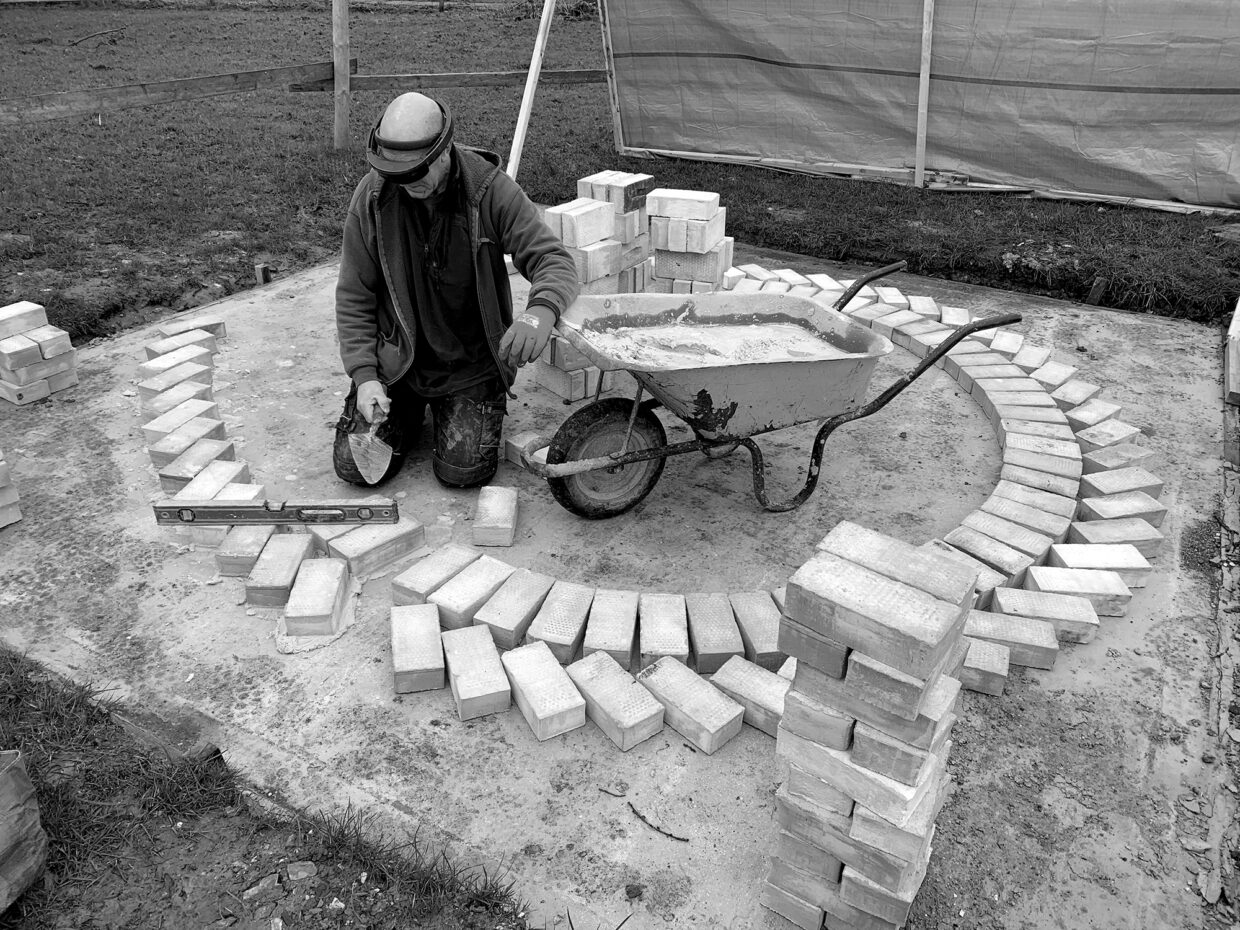 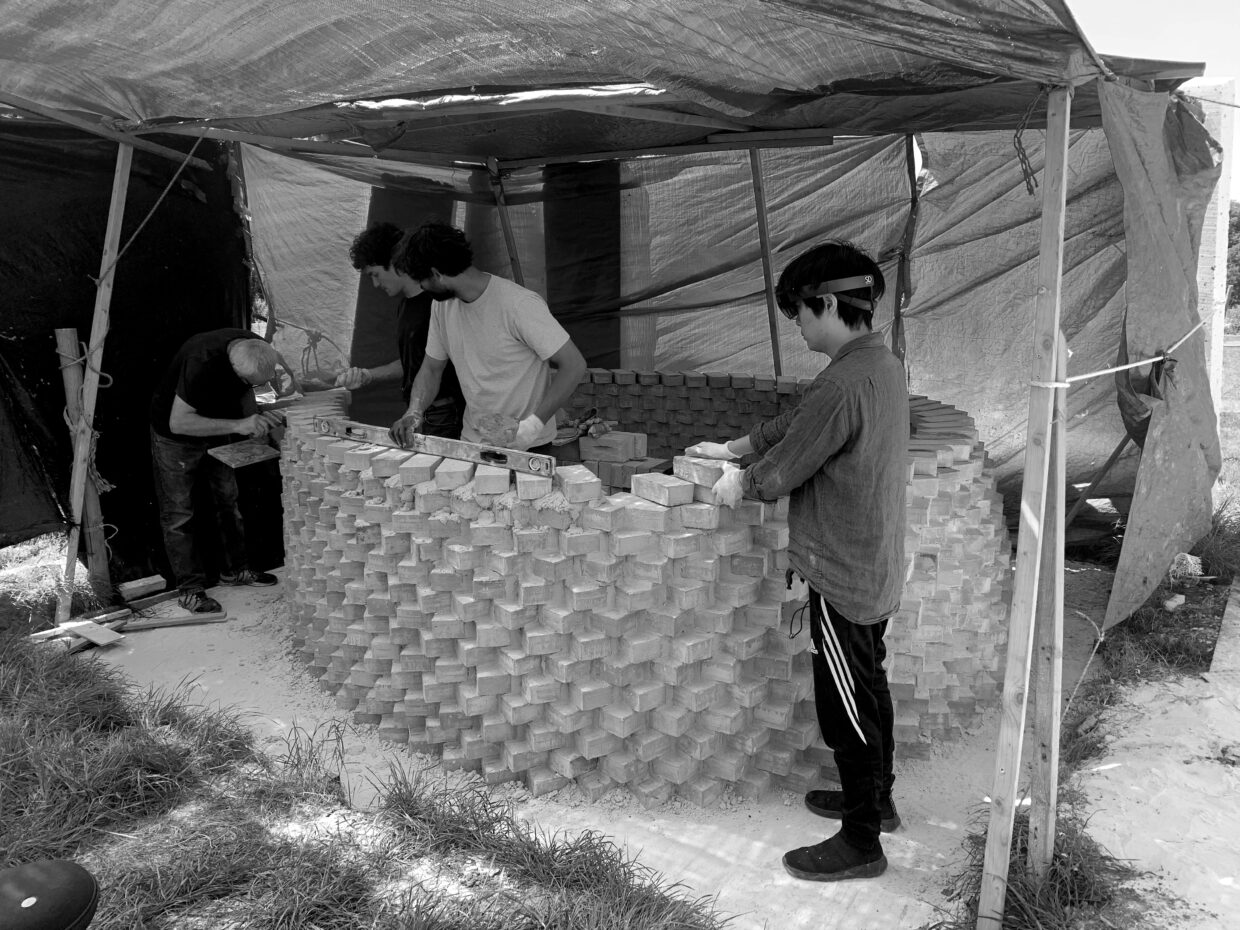 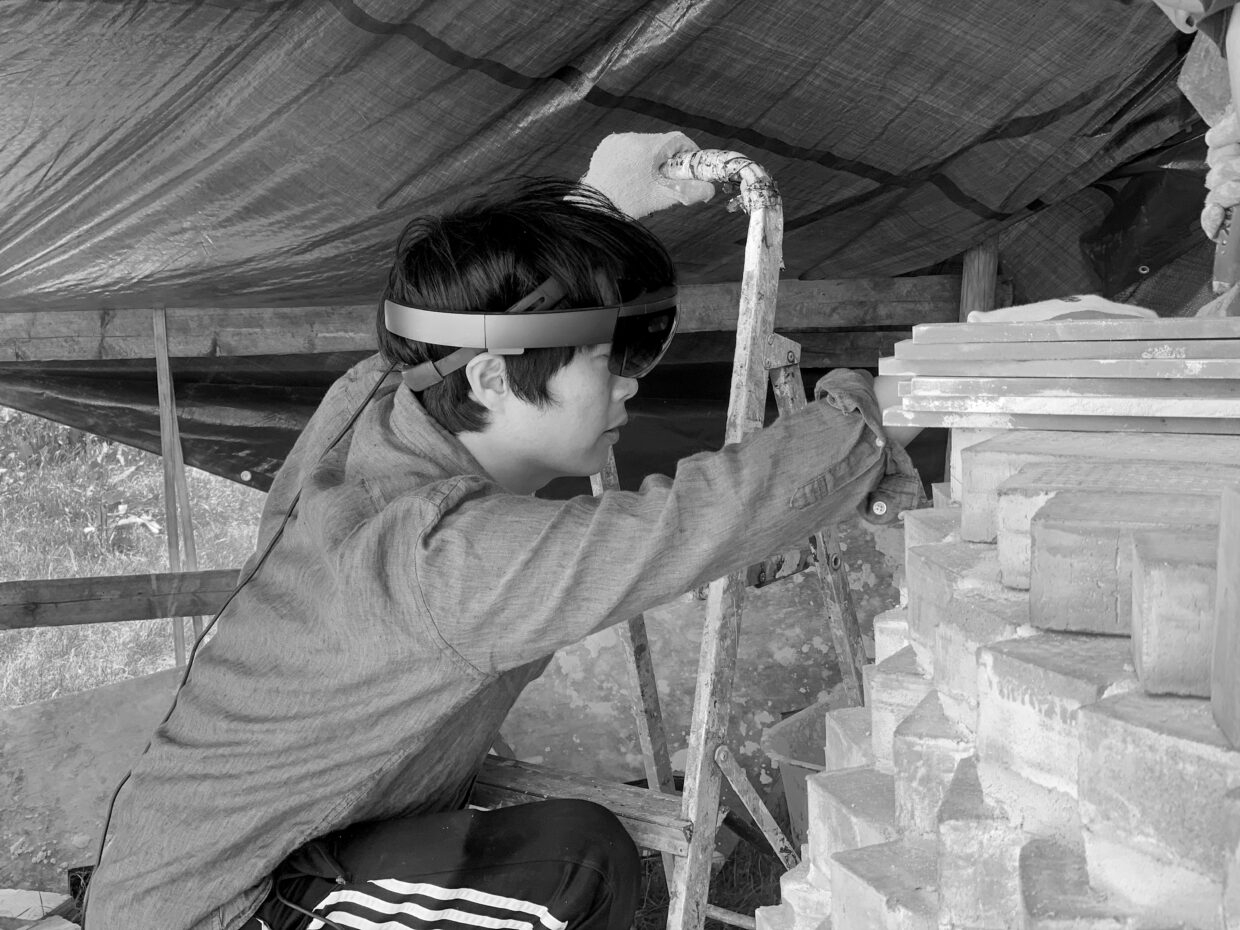 Code-Bothy is a research project established to examine the possible future relationship between digital and manual crafts. Its focus is to investigate ‘mixed reality’ fabrication – the coming together of the real and the virtual worlds. In practical terms, the project developed a hybrid environment in which physical and digital objects can be visualised together and interact with one another in real time, in order to construct an experimental brick ‘bothy’.

The bothy was designed using parametric modelling tools, which generated a brick structure that would be challenging – if not impossible – even for a skilled bricklayer to set out without the aid of digital tools. However, Code-Bothy demonstrates that the structure can be hand-made with the aid of computer- coordination relayed via a AR headset.

The bothy therefore combines the potential offered by digital design and fabrication technologies with hand-crafted qualities that are not found in brickwork laid by robots.

“As a studio, our work is concerned with the loss of connection with the materials from which we build. We also share with MAL a passion for material experimentation and developing new techniques with familiar materials. The early concept development for the form was actually a manual process and was particularly concerned with the sense of enclosure and orientation”, Stuart Piercy, Piercy&Company.

“One of the aims of this project is to find new languages for bricks, to showcase what is achievable in a mixed-reality environment. The bricks are ‘instructed’ to follow a given geometry, with other geometrical relationships as constraints. Each brick must overlap with all the neighbouring bricks by at least 50 per cent. Each brick is set at a unique angle to itself and to each other: there is no repetition. The rotation of the bricks is parametrically differentiated with code, to allow for the overall sculpting of the form. On the bottom layer, the bricks are set at 45 degrees to one another; that geometrical relationship gradually and parametrically shifts so that the bricks are parallel to one another at the top." Guan Lee, MAL.

You cannot physically touch digital bricks, of course, but it is possible to take a real brick and put it in the place of the virtual one. During construction of the bothy, the bricklayers ‘turned on’ each layer of bricks one at a time and placed real bricks where the Hololens display showed virtual ones. All the information about structure and geometry is held in the digital model, so the bricklayer just needs to focus on positioning the bricks, and the quality of finish.

The space to be taken up by mortar is accounted for in the model simply as a gap between the bricks. In order to fill these gaps, the techniques of skilled bricklayer are indispensable. This messy process calls upon the bricklayer’s timing, dexterity and trained movements. One can argue that when brickwork is used to form complex geometries, on-site ‘mixed-reality’ construction cannot do without humans.

Code Bothy is the first outcome of a research programme called Making and Practice established by MAL and Piercy&Company. The scheme provides two-month placements to two recent graduate students from the Bartlett, divided between the offices of an established architect and the fabrication facility, with a view to designing and realising a structure at one-to-one. The intention is that this hands-on research is not only concerned with expanding the possibilities of digital fabrication, but also has applicability to the construction industry.

This research project acknowledges the social and economic implication of industrial realities, but looks for an answer in the fact that human-computer interfaces have greatly increased in recent decades and will continue to rise, and puts forward themes such as craftsmanship, materiality and decorative art as vital considerations in the debate on fabrication in the future.