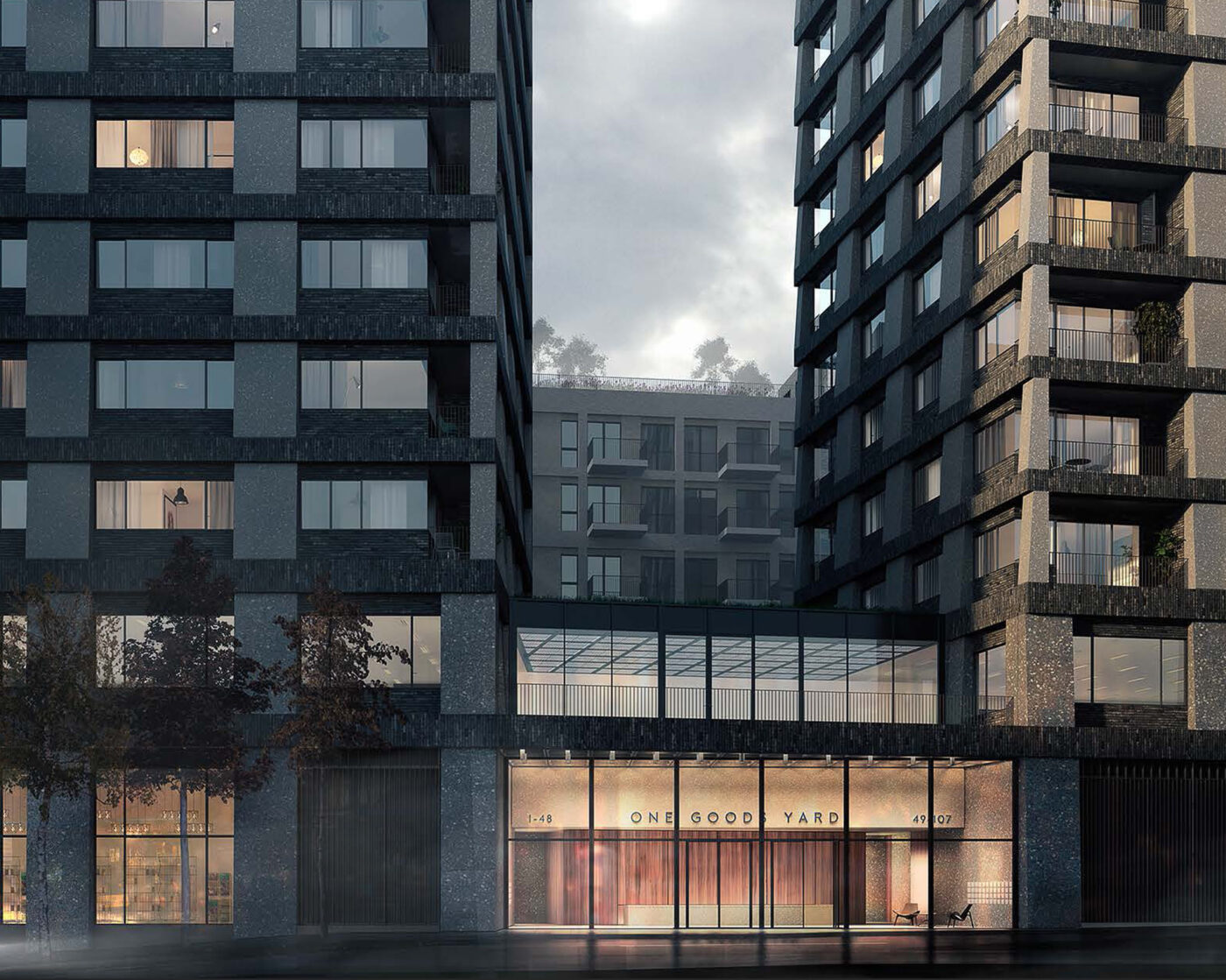 The London Borough of Camden has granted planning permission for Camden Goods Yard. The project, developed by Barratt and Morrisons, will see the re-invention of a 3.3 ha site including an existing Morrison’s supermarket and large surface car park into a vibrant new neighbourhood on Chalk Farm Road and in close proximity to the Roundhouse and Camden Locks. The development has been masterplanned by Allies and Morrison, with individual buildings designed by Allies and Morrison, Piercy&Company and Niall McLaughlin Architects.

Camden Goods Yard will deliver 573 new homes of mixed tenure from studios for singles to 4-bed family townhouses for families, including 40% affordable homes, across a range of new buildings.

Piercy&Company designed two blocks within the masterplan - Block A and Block E1. Block A, with dark brickwork bands and large pillars of cast terrazzo, addresses a key public space, providing a layered programme of retail, office and workshop spaces below the main residential elements. In contrast, Block E1 has a shimmering white brickwork facade and is a response to the rich tradition of white modernist buildings found locally. Situated on the new Southampton Square, the building houses the site concierge and 10 floors of predominantly dual aspect corner apartments.

'Camden has many layers of historic industry. This strata of underground railway winding vaults, canals and viaducts are reflected in the vertical composition of our buildings, their wide landscape format bays and, in particular, how they meet the ground. We were inspired by the powerful silhouettes and texture of Victorian industrial forms to create new buildings that are both functional and delightful."
Stuart Piercy, Director, Piercy&Company