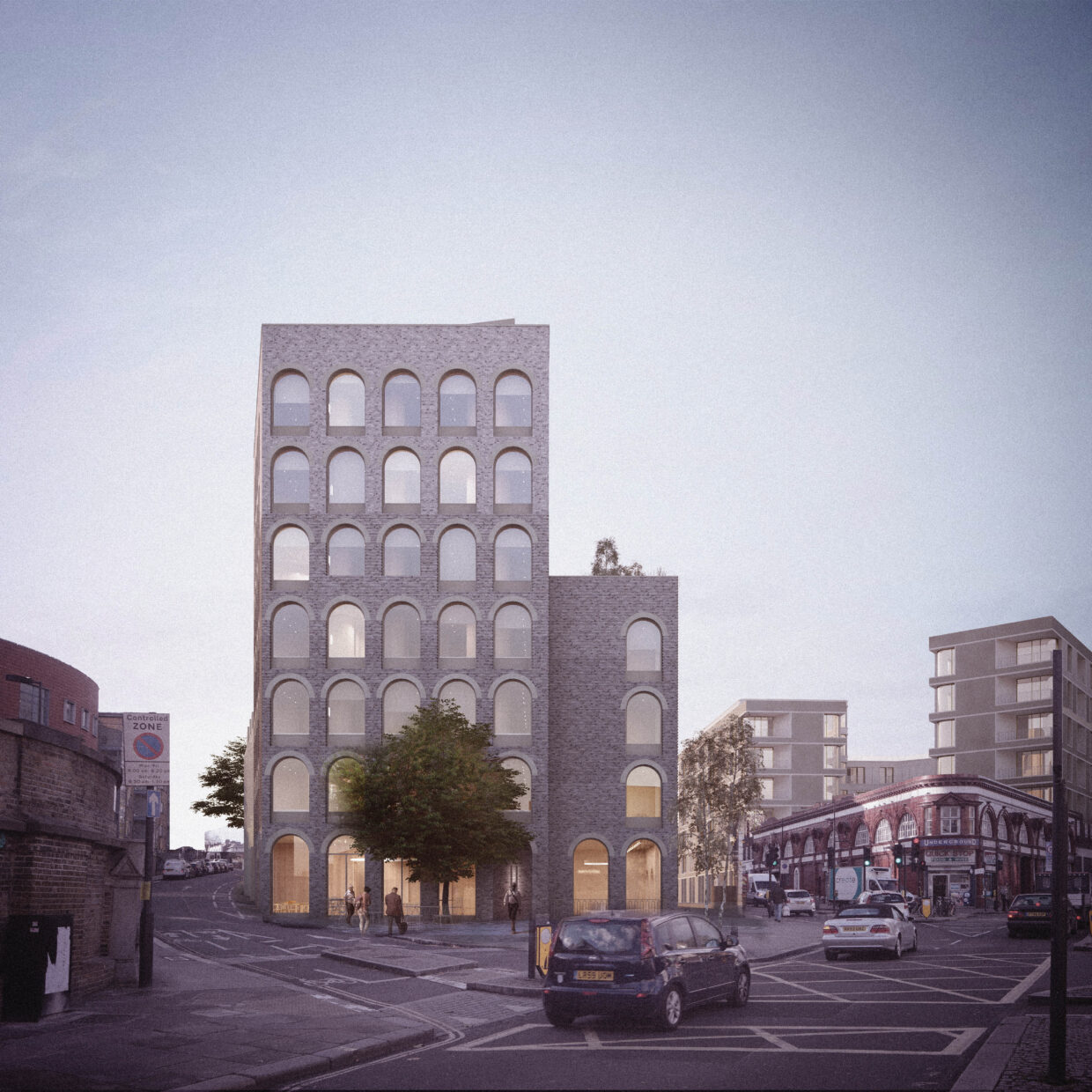 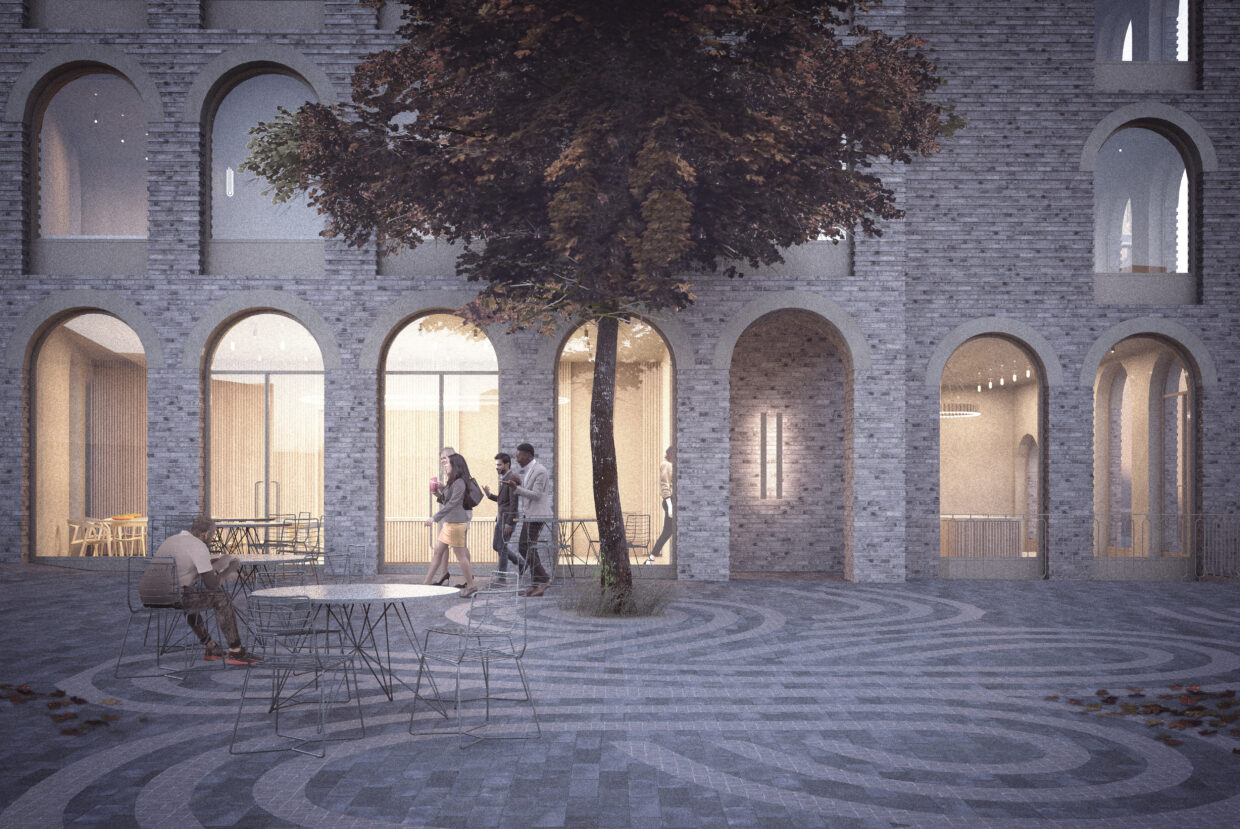 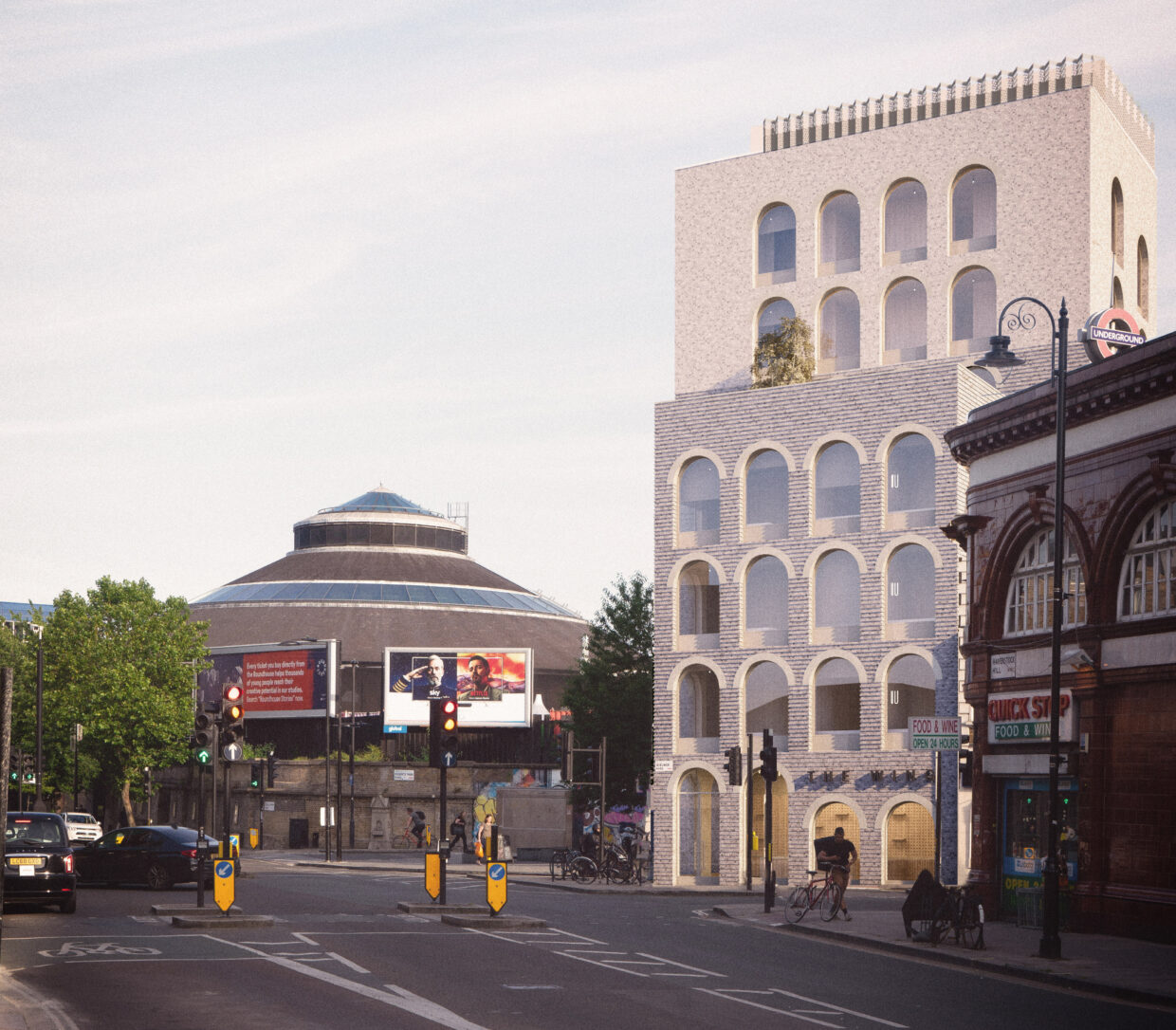 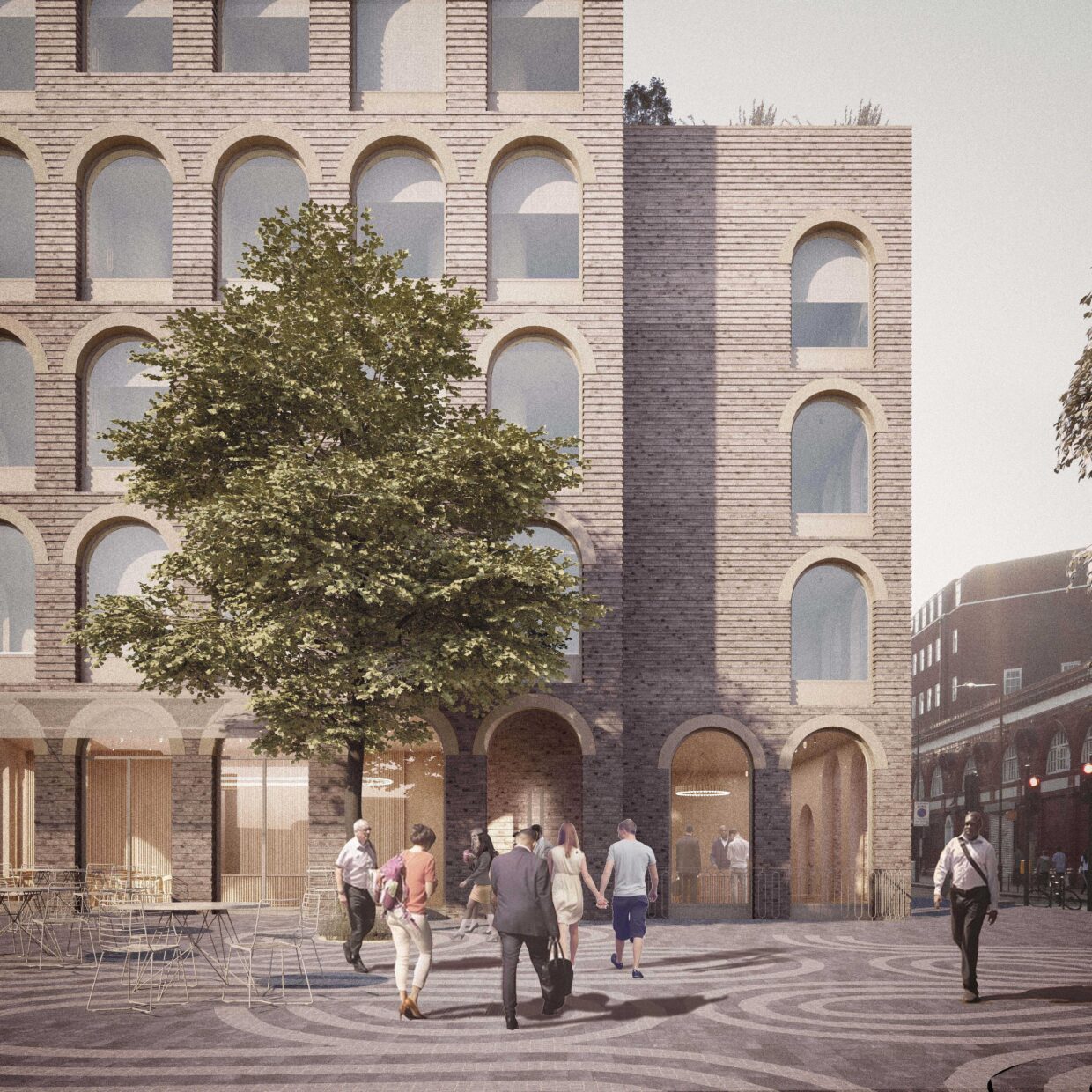 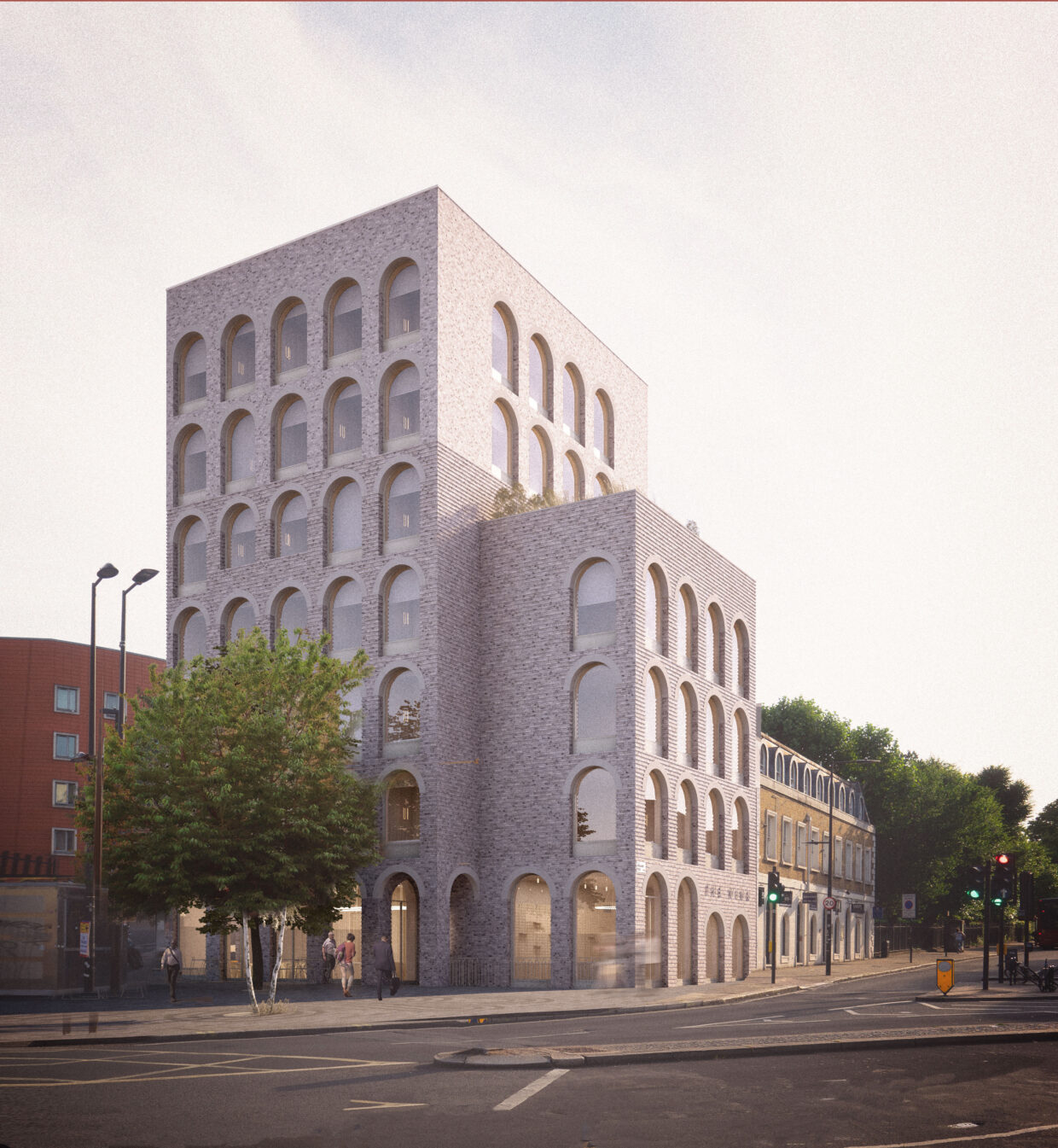 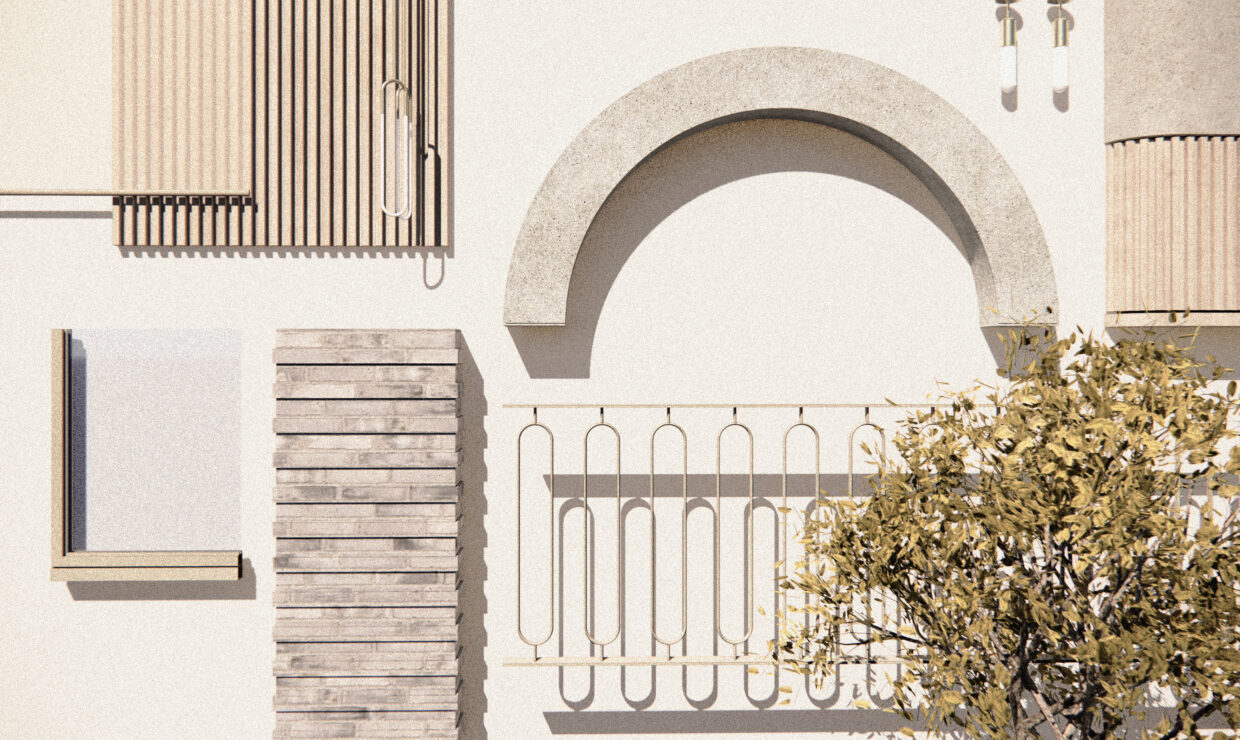 Located in London’s Chalk Farm, the Roundhouse Hotel is the official hotel partner of London’s iconic performance venue, the Roundhouse, and Piercy&Company’s first hotel in the area.

Situated between the live performance venue and Chalk Farm Underground Station, the 19,450 sq ft building provides 59 rooms for single occupancy and short stays. Following the footprint of an existing four-storey building on the corner site, the building’s mass is articulated as two forms measuring parts four and seven storeys.

Informed by the studio’s intimate knowledge of Camden and research-driven approach, the building’s design looks to the site’s rich history and context. The hotel’s all-day active use, open to the public on the ground floor, follows the tradition of Camden Town’s expressive corner buildings that are often highly public (for example, the former Camden Theatre, which is now home to music venue KOKO). A former pub and hotel - the Adelaide Tavern - also used to occupy the site in the late 1800s before being demolished in the 1980s.

In recognition of Camden’s significant role in music culture, the outdoor public realm’s design is inspired by artist Michael English’s posters from the 1960s when Camden was at the height of its experimental music scene.

Like many of the industrial buildings characteristic of the area, the building’s function is expressed through the external facade by Victorian warehouse-influenced arched windows arranged to reflect the order and size of the hotel rooms inside. The scheme features light buff brick detailing organised by colour and tone and pre-cast concrete lintels, inspired by architectural details found within the Roundhouse, the Interchange Building on Regent’s Canal and the material palette of the area.